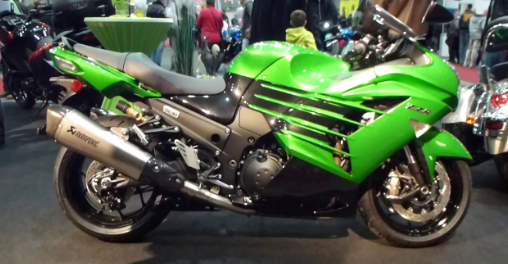 MV Agusta F4 RR is a commercial version of the World Superbike Championship race car with a capacity of 212 horsepower. MV Agusta has been acquired by Mercedes-Benz with a 25% stake, so the AMG logo appears on the body of this superbike.

MV Agusta F4 RR has many modern features such as the Ride-By-Wire electronic throttle control system to help the engine operate more efficiently. Ohlins shock absorbers adjust power, systems such as the system that supports quickshifts.

4 control modes for setting the normal conditions (Normal), operating in the rain (Rain), sports (Sport) and an operating mode that the driver sets the parameters by himself.

Kawasaki ZX-10R is a superbike in the 1,000 cc segment, rival of Yamaha R1 and Honda CBR 1000RR. The four-cylinder 197 horsepower capacity, 998 cc capacity, the inside has many notable improvements.

ZX-10R features an electronic control system to adjust traction, cornering management and engine braking, ABS. In addition, the rear grips have been modified to help the car balance well and redistribute weight, making it easier for cornering.

Yamaha R1 is the leading superbike in the sports car series manufactured by Yamaha. This is a street bike popular with many bikers in the world. 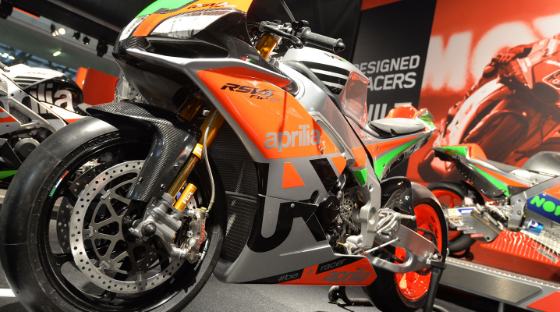 Top 10 marks the growth of Japanese automakers with 5 positions, but most unfortunately, there is no Honda superbike.

Kawasaki is noticeable when there are up to 4 models in the list. Aprilia and MV Agusta each have two units, while Ducati and Yamaha have only one representative.

FW stands for Factory Works, Aprilia’s racing development division. The Aprilia units of this division have won 54 racing car titles around the world.

The most successful version is RSV4. The bike has won seven world superbike titles, along with races for riders and car manufacturers at the FIM Superstock 1000 2015. With all of the above, it is possible to predict the RSV4 R-FW is not a medium size.

The car is equipped with many modern technologies for the track including pneumatic valves, APX2 electric motor management system, adaptive traction control, wheel control. The all-titanium Akrapovic exhaust system is only for racing use and the suspension includes the Ohlins Racing FGR 300 front forks, which can be adjusted according to the steering angle and Ohlins TTX GP rear shock absorbers.

The MV Agusta F4 RC is a commercial version of the World Superbike Championship F4 RR, producing only 250 units worldwide.

This model weighs only 175 kg, lower than the F4 RR racing version. To reduce weight, MV Agusta F4 RC carries a lot of high-tech components such as the crankshaft lighter than 0.48 kg compared to standard racing cars.

The engine uses 333 titanium bolts and 11 magnesium covers, helping to reduce an additional 1.13 kg. The body is made of carbon fiber, helps reduce 1.99 kg, Ohlins suspension, Brembo brakes for racing.