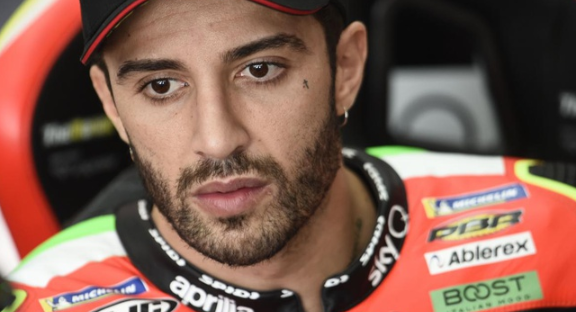 The WADA laboratory has found doping positive substances in the urine of driver Andrea Iannone. This driver was immediately banned by FIM from participating in all motorcycle racing.

FIM World Motorcycle Federation has just announced that MotoGP rider Andrea Iannone of Aprilla has not passed the doping test. The federation issued a decision to immediately suspend the cause of the MotoGP driver’s career until further notice.

According to a press release, Iannone’s urine samples taken at the Malaysia Grand Prix race were found to contain an unspecified substance on the Exogenous Anabilic Androgenic Steroids (AAS) ban list.

FIM said that Andrea Iannone has the right to request a re-examination of his urine sample, if he is still found to be doping positive, the driver still has the opportunity to appeal by filing an application with the Sports Arbitration Court ( CAS).

The World Anti-Doping Agency (WADA) shared the reason for making the official announcement so far because WADA needs to perform a series of other tests to reinforce the evidence. This process takes about 2 weeks depending on the type of test done.

Andrea Iannone started his career in 2005 in the 125 cc format, but he did not stand out when he only brought 4 victories in 5 years. By 2010, the career of “The Maniac” gradually flourished when playing in Moto2 format, he ranked third overall during the three seasons from 2010 to 2012.

In 2013, the racer born in 1989 decided to jump on the MotoGP formula with Ducati racing team. However, Iannone was fired after the end of the 2016 season due to falling to 6 stages and many times endangering his teammates.

During the 2017-2018 period, Andrea Iannone played for Suzuki but did not stand out as Alex Rins. In the MotoGP 2019 season, the fate of “The Maniac” turned to Aprilla.